After my kids were both in school, I had a bit more time to think about myself. One thing I decided to do was get new underwear and I wanted something other than the type I had been wearing.... since I was 12 - the plain bikini underwear that my mom always bought. They never really fit too well but they got the job done. Now, I wanted to buy something cute and above all, I wanted comfortable underwear. Well, $500 dollars and many pairs of underwear later and everything thrown in the trash, you could say I was a bit frustrated. Nothing fit, like not even close. Could it actually be that there was not an underwear option out there for women with more butt, except to result in wearing a thong?? Yep, that was the case and I decided to do something about it. So I created Amy's Undies. Amy's Undies are comfortable underwear to fit those whom are more rounded in the backside. It's for bigger butts --Amy 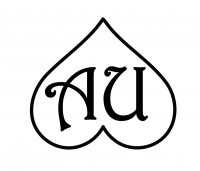