Andy Williams personally designed and helped to create the Moon River Theatre. He visited Branson and later planned to return to build a $12 million state of the art theatre he eventually named the Andy Williams Moon River Theatre. Moon River opened its doors on May 1, 1992. Andy had become the first non-country performer to open a theatre in Branson. And thanks to his ground breaking decision, other non-country performers and theme shows began to move in to the tiny town that would soon be known as the live music capital of the world. Since his passing, Jimmy Osmond has taken over the theatre as a promise to his friend and mentor to keep the legacy alive. Andy Williams memorabilia is displayed throughout the theatre and a wide variety of entertainers grace the stage throughout the year just as Andy envisioned. 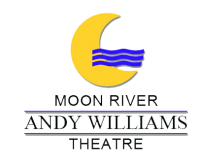