Los Angeles, CA – October 2014 “Bloody Bobby: The Fall Creek Valley Massacre” a dark horror comedy, is based on an urban legend set in a small California town. Honduras actress, Anita Leeman, stars in her first grindhouse scream queen role. Other actors include Robert Miano from “Donnie Brasco” and Curt Clendenin from “The Blues Brothers.” Writer-Producer, Ryan McGonagle explains: “We looked through days of micro-fiche' to find stories that haven't yet been told as films. When I found this urban legend, I wanted to make sure we had actors who could embody these characters. Anita IS Madison Geller. I knew it the moment she walked in for the audition.” “Bloody Bobby” is the springboard for a slate of twisted tall tales written by McGonagle, including: “Gambit's Game”, “666: The Devil's Highway,” and “Jabberwocky Jones.” As Editor and Co-Producer, Daniel J. Pico says “Its exciting to bring an urban legend to the silver screen. Bloody Bobby is like Michael Myers' evil step-son, a violent and tormented kid. You feel bad for him one minute and terrified by him the next.” The dark horror comedy is expected to premiere early 2015. **** www.bloodybobby.com http://www.imdb.com/title/tt3161254/combined 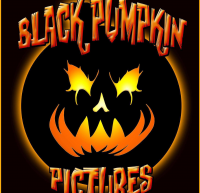