Fun and fellowship are the backbone of Bow River's community service and fundraising. The club believes in this simple principle: give back to the community, help those in need, and have fun doing it. For almost 40 years, members of Calgary Bow River (aka the Bow River Boys) have raised more than $5,000,000 in support of their club's designated charities by hosting such popular events as the Stampede Buckn' Breakfasts, the Calgary Stampeders Quarterback Lunch, and the new Pitch N Putt for Kids. Among those groups benefitting from the proceeds of Bow River's fundraising events is Big Brothers Big Sisters of Calgary and Area (BBBS), which receives a significant portion of its annual revenue from the club's donations. In addition to funding, the club contributes to the administration of BBBS programs through representation on the agency's Board of Directors and sub-committees, and through participation in the programs themselves. For more information on Bow River's designated charities and community service projects please go to Services & Charities. The Bow River Boys have attained high honour within Progress. Distinctions include several members who have served as National President, been awarded the coveted Progressian of the Year, and received the Western Region Bill Durrant Memorial Award for Excellence. 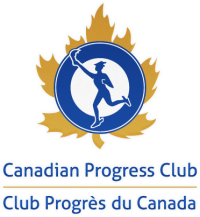