Football Siao is a website for EPL fans. It is about Liverpool fans' obsession to be reunited with the EPL trophy, despite her having left for 30 years. It's about Man U fans coming to grips with the realisation that there is no life after Sir Alex. It's about Arsenal fans reminiscing about the good old days where they celebrate St Totteringham's Day, and Spurs fans wondering if they have to Google their next new signing. It's about Manchester City and Chelsea fans, all five of them. 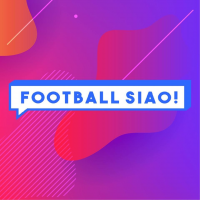