Ge?rard Cohen - An experienced and successful CEO and Private Banker in Monaco Gérard Cohen’s reputation precedes him. With close to 40 years of experience in the private banking sector, his expertise in private and commercial finance has led him to be one of the most successful CEO’s of the banking world. Based in Monaco for 28 years, Cohen has dedicated his professional career to honing his skills within the sector, and has led him to build and run a bank in Monaco with record-breaking profits. With over 250 people working in HSBC Monaco, and some of the wealthiest residents of Monaco choosing to bank with them, Gérard Cohen’s success did not come easily. After having passing his thesis at the University of Geneva in 1978, Cohen has since been working in the finance sector. Between 1978 and 1984,Cohen worked as the Relationship Manager for International Clients with the Trade Development Bank in Geneva. It was after this job that he began to focus his career on private banking. In 1984, he moved to the Banque de Dépôts in Geneva to become Private Banking Director, before relocating to Luxembourg in 1985 to work with Safra. While in Luxembourg, under Safra’s guidance, Cohen worked as Head of Private Banking for Banque J. Safra. where he began to work his way to the top. In 1988, Gérard Cohen made the move to Monaco, where he has been based ever since. Since 1991, he has worked at top level management. In 1999 he became Chief Executive Officer of HSBC Private Bank in Monaco. In 1994, Cohen founded the International School of Monaco, which is a primary and post-primary school offering bilingual education. To this day, he still holds a position with the school, as Chairman of the Board of Trustees. Cohen is also Corporate Director of the Grimaldi Forum, and a member of various non-profit and non-governmental organisations. The Grimaldi Forum aims to improve Monaco’s business tourism, hosting conferences and events. A keen advocate of culture and art, Gérard Cohen is a board member of the Princess Grace Foundation of New York, having previously been a member of the International Council of both the New York Guggenheim Museum, and the Tate Modern in London. Cohen also holds a position on the board of the Helmut Newton Foundation in Berlin, which focuses on the promotion, preservation and exhibition of the photographic works of Helmut and June Newton. 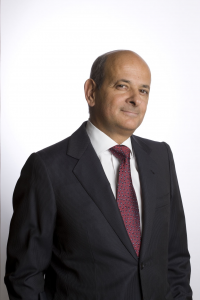