Lars Windhorst (born November 22, 1976 in Rahden, Germany) is a German entrepreneur who lives in London. At the beginning of the 1990s, when he was just 16 years old, he attracted attention as the founder of Windhorst Electronics GmbH and Windhorst AG and made a name for himself as a successful young German businessman. In the first financial year Windhorst Electronics had almost 80 employees and generated around 50 million US-dollars. In 1995 Lars Windhorst founded Windhorst Asia Pacific Holdings Ltd. and made Hong Kong his secondary home. The Windhorst Group began expanding in South-East Asia and China. In the years 1997 and 1998 the group was adversely affected by the Asian financial crisis and Lars Windhorst decided to regain ground by focusing on the new economy and dotcom sector. Windhorst New Technologies AG was founded. With the goal of listing companies on the Frankfurt Stock Exchange, capital was acquired from investors on a large scale. When the New Economy plunged into crisis and the stock and internet markets collapsed in 2001, the planned stock market flotation had to be called off. The entire Windhorst group of companies found itself in difficulties as a result. In 2003 Lars Windhorst had to file for personal bankruptcy and bankruptcy for the Windhorst Group. In 2004 Windhorst co-founded the Sapinda Group. Following restructuring, Sapinda Holding B.V., which was founded in 2009 is presently the group’s parent company. Lars Windhorst is the Executive Chairman and partner of the Sapinda Group and lives in London.[1] 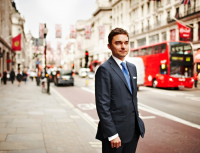