Ludwick’s Bakery started in 1954 when Ed Ludwick began making unique, Dutch donuts from a family recipe that was passed down through generations. These delicious patty-shaped treats became an instant hit at the local farmers market, so Ed decided to make a large-scale amount and them to local restaurants. In 1974, the demand for Ed's sour cream donuts was so high that Ludwick’s made a considerable investment and purchased the largest automatic fryer available. Ludwick’s Bakery has seen steady growth through the years. In 1980 Ludwick’s moved to a large facility on 3 Mile Road in Grand Rapids, Michigan where they are still located today. In 2005, in addition to their sour cream donuts, Ludwick’s expanded their line to include cookies and other specialty baked goods. All of Ludwick’s baked goods are baked fresh and in house daily. Each day about 16,000 jumbo cookies are prepared, baked, and individually wrapped, while 60,000 donuts are fried, packaged, and shipped.A strong attitude of quality, leadership and success at Ludwick’s Bakery has helped them continue to expand their product line. This year, to celebrate their 60th anniversary, they have developed several new cookies and donuts made with Greek yogurt. Not only are these treats healthier with added nutrition, but their flavor and texture is what you would expect from a cookie made at home. Quality products that have superb taste and high nutritional value is what Ludwick’s strives for every time. Built on tradition and family, Ludwick’s believes in sharing their success with their ever-expanding customer base. As a growing business, Ludwick’s is pleased to donate their signature donuts to many charities, fundraisers, and outings. Schools are encouraged to bring students on field trips to tour the bakery and see the production of Ludwick’s delightful treats. Taste Ludwick’s delicious, time-tested creations now for yourself and enjoy them for many more years to come! 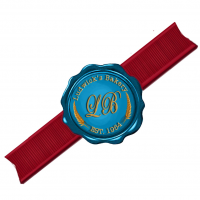