When listening to the music of Mr. Craig, one is greeted by high energy production that exudes personality and passion. The hip hop artist’s formula fits elegantly with his persona, and each track presents itself to the listener with a masterful, often painful palette of emotion. Mr. Craig’s long road to where he is now was fraught with peril and potholes, and that’s reflected in his music. As a result, that music is often poignantly relatable to fans, contrasting the light in our lives with the darkness that often eclipses it. Four years ago, Mr. Craig unveiled his music to the world with ‘Penning Thoughts,’ his infectiously catchy hit single. In the years that have followed, he has been featured on notable mixtapes, lauded by fans and critics alike, and he has become synonymous with determination, commitment, and dedication. Prior to his debut as an independent musical artist, Mr. Craig was deeply rooted in the industry. He holds a degree in radio broadcasting, and as such, his portfolio of skills is all-encompassing. The artist has worked in audio and video, voice-over, mastering, producing, A&amp;R, and more. In recent years, the umbrella under which Mr. Craig manifests his creativity is Strict-ly Entertainment, the company he founded and remains the CEO of. The publishing section of his endeavor, Mr. Shadow Music Publishing, has also inked a publishing deal with Princess Blue Music for film, television, and commercials. In 2016 Mr. Craig merged his company Strict-ly entertainment with Image Site &amp; Sound to work on joint video/film projects together. There is no limit to Mr. Craig’s accomplishments. He is one of the most driven artists in the music community today, and his resolve is echoed by the consistent quality of his music. Both Mr. Craig and the efforts of Strict-ly Entertainment are very much worth keeping tabs on, as great music and creative journeys are on the horizon. 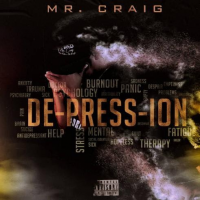