For one hundred years, the Tomb of the Unknown Soldier has served as the nation's most cherished shrine to the country's fallen military soldiers. The Tomb of the Unknown Soldier: A Century of Honor, 1921-2021, tells in detail this amazing story within the context of American history. Following a tradition established by the British and French, an American Unknown from the Great War was interred on the plaza of the Memorial Amphitheater on Armistice Day 1921. The hastily build, simple marble sarcophagus served as the nation's primary monument to the Unknown until the addition of the more elaborate and current die stone in 1932. In 1958, Unknowns from World War II and the Korean War were buried in separate crypts in front of the main monument. A Vietnam Unknown was designated and buried in 1984 but his body would be later disinterred an identified through the use of new DNA technology. 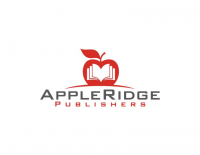