"Cornelius Kogelschitz hated his name with all the passion his mind could muster." It is the opening line of a story about a young lad whose parents die of typhus and who ends up living with his uncle and aunt and their eleven children in New York City. When Cornelius overhears his aunt berating her husband over an extra mouth to feed, the youth makes up his mind to leave. Having once seen a picture of Colorado with snow capped mountains and a rushing stream, he decides to hop a train and head west. Traveling west, the train lurches and rumbles and Corny hides from the brakeman. Struck from behind, Corny is thrown from the train and falls onto cinders badly injured. Saved by a scrappy girl riding along the tracks, Cornelius begins his Western adventure.

Jack "Applejack" Martin never dreamed of becoming anything more than a hired hand when he left his parent's hardscrabble ranch, nor could he have anticipated that saving the life of a noted killer would prepare him to become a deputy to Marshal Bat Masterson. Applejack finds in his relationship with Masterson, his friendship with a ubiquitous priest, his love of a beautiful señorita from a wealthy family, and the loathing and hostility of the girl's father, that people and challenges are not always what they seem. It is life itself that tests the mettle of a man. 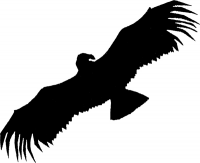