The video gaming world has become a medium to watch not just because it has overtaken Hollywood in sales, but also due to the constant innovations that continue to generate new forms of engagement. Gamersaloon.com out of Detroit Michigan is driving forward the next stage in video games. Players of the immensely popular game, Counter Strike: Global Offensive, a first person shooter with an estimated 27 million players, are now able to compete against each other for cash in real-time at BountyArena.com. 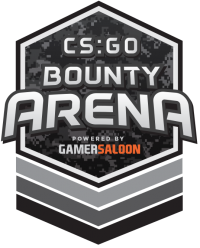