New York City registrations have spiked over the past few weeks after the announcement date of the third stop of the 13-city Many Faces, One Dream (MFOD) Economic Empowerment Tour for LGBT Communities of Color, hosted by the U.S. Small Business Administration and the National Black Justice Coalition. New Yorkers along with other regional participants have signed up for the two day conference specifically designed for LGBT entrepreneurs and small business owners being held on November 20 - 21, 2013 at the Brooklyn Marriott Hotel, 333 Adams Street, Brooklyn, NY 11201. President Barack Obama designated November as National Entrepreneurship Month in 2012, proclaiming; “As long as America's daring entrepreneurs are taking risks and putting themselves behind new ideas and innovations, the Federal Government will serve as a partner to support their endeavors and catalyze their success.” Considered one of the business capitals of the world, New York City is the most appropriate destination for MFOD in the month of November.

Sharon J. Lettman Hicks, Executive Director and CEO of the National Black Justice Coalition (NBJC), recently visited New York City for Harlem Pride’s Monthly Mixer at the Aloft Hotel Harlem to announce an update to the New York City leg of the 13-city Many Faces. One Dream. (MFOD) LGBT Economic Empowerment Tour for Communities of Color. Mrs. Lettman-Hicks addressed the crowd of New York City community outreach partners, local entrepreneurs, and small business owners to explain the impact of the government shutdown on the upcoming event that must be postponed:

Harlem Pride’s mission is to unite Harlem's SGL & LGBT organizations and supporters in cultivating a sense of honor, dignity and respect for our diverse culture and community by fostering tolerance of our differences and ensuring equality for all. We promote SGL & LGBT pride in Harlem and provide opportunities for collaboration and communication among its SGL & LGBT organizations and community members through education and advocacy. With thousands of Same Gender Loving and Lesbian, Gay, Bisexual, and Transgender residents in Harlem and more New York City visitors expected for PRIDE Month activities, Harlem Pride 2013 is one of the city's most notable events. Confirmed events are:

Harlem Pride Town Hall Meeting Series Present with All the Information out There, Why Are Our Numbers Still UP?

In light of the alarming increase in the rates of HIV infection in same gender loving people of color, we’re holding a town hall discussion to explore why this is happening in our communities. We will explore clinical research, social, and behavioral factors. Our discussion will focus on what all this means for our community and how we can empower ourselves to intervene on our own behalf. The Event Will Be Held Friday, May 10, 2013 from 6PM to 10PM Columbia University Medical Center Alumni Auditorium, 630 West 168th Street, William Black Building (between Broadway & Fort Washington Avenue) The Event Is Open To The Public - FREE Admission - Catered Reception Will Follow 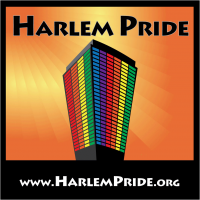