Mala bead importer and manufacturer Japa Mala Beads is excited to announce their new autumn lineup of Buddhist prayer beads. As mala beads continue to trend in the yoga and meditation markets, the demand for exciting new mala bead designs has never been stronger. Mala beads are similar to a Catholic rosary—malas are beaded necklaces or bracelets but have a tassel at the end. Mala beads are used for counting Sanskrit and Tibetan mantras as a form of meditation. Even though mala beads are considered a tool for meditation, many people are now wearing mala beads as trendy yoga jewelry and as a lifestyle statement. 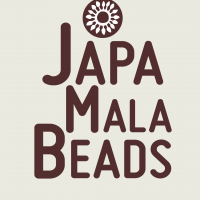