Actor turned music producer and artist, Revelation 13:18, is steady on the path of showing not just the music industry, but the world knowledge of self. Growing up in Louisville, KY's westend home of Cassuis Clay (Muhammad Ali) Revelation moved to Los Angeles's south central overhills and slauson area where he started out as an actor, working on music video sets. He was inspired to create music thanks to people from his home state like KY Engineering from Lexington, KY who engineered for Lil Wayne, Static Major and R. Prophet (Nappy Roots) Revelation aspired to be an engineer but started out as a sample based producer, using resources like the site hiphopisread.com and the Kevin Nottingham Music blog to study the art of beat making. His music is further influenced by artists like Jay Z, Nas, Tupac, Notorious BIG, Master P and the 5 Percenter Culture. Revelation refers to himself as a new age, conscious rapper. He has a mission with his music to spread conscious enlightenment to the inner city communities through the knowledge of self. 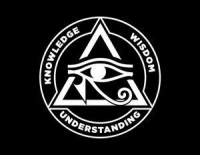