With a goal of $38,000 a company out of Burnaby, British Columbia, Canada has launched a crowdfunding project on Indiegogo to bring their brainchild called Pixicle to market. Using an Android or iOS device Pixicle will take the small screen smartphone version of a picture up to epic proportions by enabling them to be viewed on any television. “Pixicle is the answer for anyone who’s tired of having their smartphone passed around the room when they want to share their photos with friends. No more crowding around to get a glimpse.” said Norman Lai, CEO and Founder of Pixicle TV. The product will wirelessly beam photos to a consumer’s television, share them with friends worldwide, and print hard copies all with the push of a button. 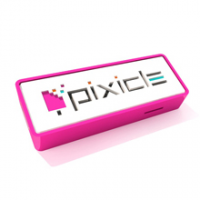