PRN.FM Supports the Constructive Use of Internet Radio as a Tool for Cyber Activism

On November 28, 2013, Apple was pressured by the Chinese government to block the FreeWeibo app, the unrestricted adaptation of China’s most famous social network which is the Sina Weibo. This product of cyber-activitists’ ingenuity paired with Radio Netherlands Worldwide efforts that disabled the government to stifle was eventually removed. Apple complied due to the fact that FreeWeibo app has content that is against the law of China, which is not in agreement with the App Store Review Guidelines. 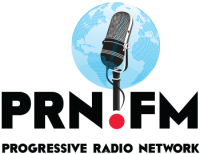