Rap group KTBORDERLINE which consist of South Jersey native Kevin “Ke-Real” Walker and Philly native Gaetano “Tommy Gunnz” Piccirilli will be interviewed by Zach Lashway August 27th on PHL Channel 17’s Eye Opener morning TV show. Eye Opener is on Monday-Friday from 6 am – 8 am. KTBORDERLINE filmed an intro video for the show on August 2nd. They had a lot of fun in the PHL 17 studios. KTBORDERLINE wrote the song that is in the video and it will be the first ever Eye Opener video! This is a big move for these two guys who are looking to get showcased in the Philadelphia market after getting press from Los Angeles to Atlantic City. Their music has been played by over 20,000 dj’s around the world and video seen on Who?MAG TV and Ifame TV channels by over 90,000,000 viewers. Their video “Fresh in the Club” has over 2.2 million views on YouTube. 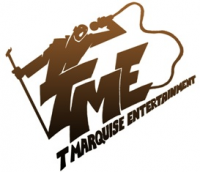