#SpongeyLeaks, an all-volunteer effort, is a currently-releasing expose; docudrama web mini-series about a real-life, family crisis in-progress, filmed in real-time, seeking to combat the prevalence of, and raise awareness about elder/dependent adult abuse through engaging 'infotainment' with a humanitarian narrative. Short episodics are released as 'Leaks'. Our first episode debuted on December 19, 2016 after the Series Producer, Trevor Eyster (known by 90's kids as 'Sponge' from Nickelodeon's Salute Your Shorts), became aware of his aunt's victimization through multiple cases of elder abuse. #SpongeyLeaks' 1.0 and upcoming 2.0 series releases bring a bold and uncensored look at one disabled woman's experience of elder/dependent adult abuse in the U.S. Leaks 1.0, 1.5, 1.75, and 1.8, depicting the actual events detailed in our releases, and related media can all be found at SpongeyLeaks.org 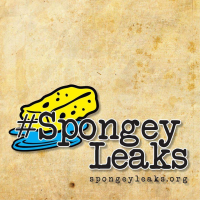