Alzheimers disease usually progresses slowly over seven to 10 years. Your cognitive abilities slowly decline. Eventually, the affected areas of your brain dont work properly, including parts of your brain that control memory, language, judgment and spatial abilities. Alzheimers disease is an irreversible, progressive brain disease that slowly destroys memory and thinking skills and, eventually even the ability to carry out the simplest tasks of daily living. In most people with Alzheimers, symptoms first appear after age 60. The disease is named after Dr. Alois Alzheimer. In 1906, Dr. Alzheimer noticed changes in the brain tissue of a woman who had died of an unusual mental illness. Her symptoms included memory loss, language problems, and unpredictable behavior. After she died, he examined her brain and found many abnormal clumps (now called amyloid plaques) and tangled bundles of fibers (now called neurofibrillary tangles). Plaques and tangles in the brain are two of the main features of Alzheimers disease. The third is the loss of connections between nerve cells (neurons) in the brain. Alzheimers is a slow disease that progresses in three stages an early, preclinical stage with no symptoms, a middle stage of mild cognitive impairment, and a final stage of Alzheimers dementia. The time from diagnosis to death varies as little as 3 or 4 years if the person is older than 80 when diagnosed to as long as 10 or more years if the person is younger. 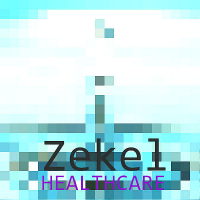