The Provisional National Government/Third Republic of Viet Nam mission is to free the people of Viet-Nam from the communist government by applying a peaceful solution accepted by the United States and The United Nations. The goal is to mobilize an &ldquo;Online Referendum System&rdquo; for the Vietnamese people so that they can decide their destiny of the Vietnamese Fatherland by choosing the political system that they wish to serve themselves. The count of referendum votes will also prove to the world that the Vietnamese people want to replace the communist regime with The Free and Democratic Republic of Vietnam leading to a general election with international supervision and monitoring. This method would avoid the need for confrontation, violence, rioting, anguish, hatred, and save Viet-Nam from destruction from Chinese communist government. 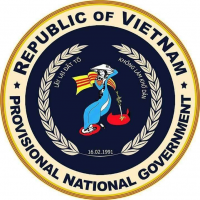