Avery Manko, President of the Manko Company, teaches the value of promotional products in his book Uncomplicated Marketing: A No-Nonsense Guide to Growing Your Business Using Promotional Products.

Consumer Investigator Dale Cardwell brings together all the knowledge he has gathered in his extensive career as an investigative reporter and consumer advocate in his debut book, Don't Get Scammed: Get Smart! Dale began his investigative career as a reporter, his most notable case being that of the crooked former DeKalb County Sheriff, Sidney Dorsey, and the murder of his successor, Derwin Brown. Dale moved away from conventional TV reporting in 2007 with a heightened desire to safeguard citizens from scammers and corruption. Witnessing deception by public officials throughout his career made Dale realize that he could make a bigger impact. In 2009, he created TrustDALE, a free online research and referral site that helps consumers find reputable, honest businesses. Today, he has set his sights on arming the public even further with his new book. Don't Get Scammed: Get Smart! is a comprehensive and consumer-friendly handbook that shares his seven-step strategy to avoiding swindlers and thieves.

Clearly, New York City is not a fan of President Trump. A petition calling for the stretch between 56th and 57th Streets on Fifth Avenue to be renamed President Barack H. Obama Avenue, in honor of former President Obama and protest of President Trump, is now up to over 445,000 signatures.

Educator and humanitarian Sonya Thompson, author of the short story collection Chicago: A Journey Through Life, has entered the world of children's literature with Rubi's Best Friend, a story that will delight young readers with its educational and uplifting message. Sonya has been an Early Intervention Specialist (EIS) with the Georgia Parent Infant Network of Educational Services (GA PINES) for over thirty years and has dedicated her life to Christian ministry and teaching students with special needs in several Georgia School Systems. Her passion for teaching and entertaining children finds a home in her debut children's book, Rubi's Best Friend.

Jim Rhoden has spent his career managing real estate, but he has long been an avid storyteller. The protagonists of The Mystery of the Lost Map, the first book of The Adventures of Cowboy Little and Cowboy Small series, were born when he began creating riveting bedtime stories for his own little ones. While Cowboy Little and Cowboy Small's sense of adventure enthralled his children and later his grandchildren, Rhoden also told his stories with the intention of teaching a broader lesson.

Two teenagers are each one step closer to becoming published authors! BookLogix is pleased to announce that Jude Hill, 13, of Leadville, Colorado and Natalie Moss, 17, of Norcross, Georgia, have been selected as the winners of the 2017 BookLogix Young Writers Contest.

Many parents focus on making sure their little one master their ABCs and 123s, and rightfully so, but how often do we strategize on how to make sure our children develop a healthy EQ (emotional intelligence) throughout their formative years? This is the question that author David Nethero had in mind when writing It's Okay!

A crucial part of parenting is imparting lessons on children that will mold them into healthy, happy adults. Well-traveled and thoughtful author Herschel Kahn has compiled his life wisdom and understanding to create Knowing Is Growing, the perfect collection of grown-up values that children should learn in their early years. 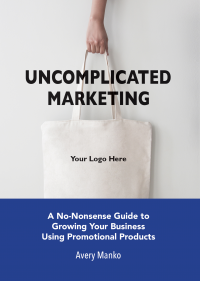